It’s Feminist Science Fiction Book Club day. Noah has a meeting with the alumni board of his grad school program, so Elizabeth and I get to spend quality time together. Quality time at the supermarket, even: one of my favorite places to go when visiting people. This time, though, not so much. Not because I’m with Elizabeth but because it’s no longer so early into my trip here and there’s no giddy anticipation of “oh, let’s get this!”; we’re just shopping for the essentials for book club brunch.

When we get back, I hop in the shower while Elizabeth poaches eggs in their tiny kitchen, and it smells divine when I get out. I get out the table dressings and fight the urge to use the Swedish particle verb that neatly encapsulates the meaning of “set the table” when I ask if she wants me to set the table.

I curl up with more Ted Chiang stories until people show up. Noah is the first back, triggering a stream of other arrivals: Camille, who I met last night, and two others. The chairs come out now, including those fold-up canvas sporting event chairs with the cupholders in the armrests. Noah takes one of them between me and Elizabeth, and it’s the rare occasion where I’m taller than him—he is, easily, a foot taller than me.

“This is really freaking me out,” I comment. “I’m not used to you being so much shorter than me. Usually it’s the opposite experience.”

Discussion kicks off with the trials and tribulations of cat ownership, and then we get to Karen Memory, which everyone seems more or less equally lukewarm about for a variety of reasons, but we all agree that there’s a long stretch in the middle where nothing happens. Noah brings up that the introduction of the cast of characters feels like a diversity checklist and maybe directly in response to the Sad/Rabid Puppies debacle of however many years ago now, someone else doesn’t care for the dialect, and I make my nitpicky point about how the book makes a useless and offhanded mention of radium watch dial painting that’s maybe 30 years anachronistic, and that people didn’t well and fully realize radium was killing those women for another 10? 20? years after. The “it’s a steampunk alternate history” argument is made, to which I counterargue that yes, I’ll take that for the big stuff, but for small things that seem to serve as a signal of “I did research!” it’s jarring and frustrating because it didn’t NEED to be in there for the story and ruins the whole image of “I did research!”

We also discuss The Dispossessed and whether or not it’s feminist, and whether or not it squares with actual anarchist experience. (One member of the book club has experience with real-life anarchists, or maybe real-life anarchist communes, and Noah wants to pick her brain.) Members drift out again, for other events, but one member (who disliked the dialect) remains and discussion unofficially continues for a few minutes more. I bring up The Thrilling Adventures of Lovelace and Babbage as a potential read, and we talk about how contemporary computer science treats Lovelace. The question of whether or not I think it qualifies as feminist is brought up, and I argue yes, based on the fact that the author comes down pretty explicitly in the “was Ada a genuine inspiration or just riding the coattails?” debate as being, to put it roughly, pro-Ada, which can be seen as a sort of feminist statement maybe? Other books tangentially related to feminist sci-fi come up, and then it’s time for the last member to make a graceful exit.

The next item on the agenda is a goodbye party for grad school friends who are leaving Austin by way of Mexico City for North Carolina. It’s not for hours, though, and Noah wants to head to the gym otherwise he’ll be bouncing off the walls. I suggest visiting Book People, which was a suggestion earlier in the visit that never manifested, and who can resist a visit to a book store? This works out—they can drive to the gym and leave me at a nearby bus stop for a route that goes straight there—and away we go.

I hole up in the bookstore cafe (one of the rare, not-all-purpose fooderies I visit; there is no beer and wine menu) with a hibiscus tea that’s probably 80% ice. I read through the first two trade paperback collections of Monstress. I briefly consider buying them, but err in favor of I don’t need any more goddamn books.

Noah and Elizabeth turn up much sooner than I’d expect from going to the gym, but I suppose they had a head start versus my wait for the bus and the bus ride here. We opt to hang out a while longer at Book People, since we all have reading: I’m still working on Monstress, Noah has picked up Conscience of a Conservative, and Elizabeth is reading a dense nonfiction book about one of the kings of France.

Once we’re sufficiently book’d and sufficiently hungry, we wander off in search of dinner, by way of the Lush store. Noah grouses about how so many of the bath items look like food (“That just seems like a bad idea!”) and a clerk overhears him and stops to chat about how they sometimes find items with teethmarks in them. We gab a bit more about shouldn’t context in the store make that clear, and then I think to ask if they have any stick perfume. I love my particular Korean brand and scent, but if Lush has something comparable it would probably be cheaper to get it from them than import it from Korea. I show her the container and she nods and leads me to a display where Elizabeth is talking to another sales rep.

“In these tins. We had sticks like that before, but they got stuck a lot and customers complained about wasted product.”

I thank her and give the vanilla sample a smell, but it’s impossible to tell anything in the store. I dose up one wrist with the Korean and another with the Lush, and walk outside to compare the scents in fresh air, free from olfactory interference. No dice; the Lush one smells like ice cream, sickly sweet and not the same floral-vanilla I’ve come to love. 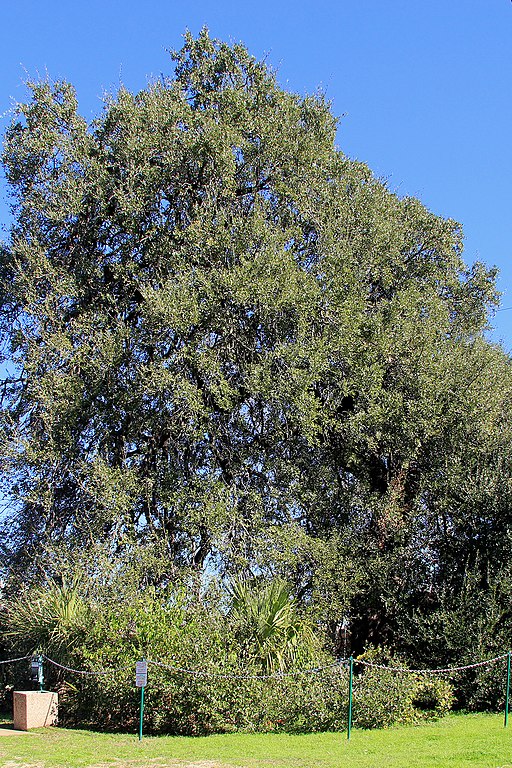 Elizabeth and Noah are quick to follow me out, and we continue to dinner by way of the Treaty Oak, whose story Noah relates to me as we walk. Eventually, we end up at a diner, where I do the thing I always do for lunch or dinner in a new diner and order a grilled cheese. Discussion floats around board games and mistakes our parents taught us and how good the milkshakes are here.

“They cost more than five dollars, actually,” Noah offers, when he sees me struggling.

“THANK YOU,” I reply. “And they don’t put no bourbon in it or nothing?”

Now it’s finally time for the goodbye party, and to start with I feel a tiny bit miserable because it’s a large group at a picnic table that makes it hard to have a conversation with more than just a handful of people at a time. But conversations settle into place like wagon ruts; topics flit back and forth among death metal bands and bad movies and effective solutions for homelessness (since everyone at the table is some kind of policy wonk or another). Eventually the host gets ready to leave for the next stop, and Elizabeth and Noah decide to call it quits. Everyone brushes their teeth and says goodnight.