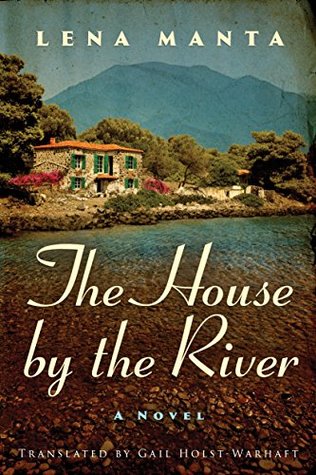 That’s really the only takeaway I have from this book. It seems to be a novel-length riff on “your mother will always love you and be there for you no matter what, also she was right all those years ago but she’ll never say I told you so because she’s just such a saint, but maybe she’ll write a novel instead.”

Theodora meets a much older man when she’s twelve, falls in love a few years later, and then marries him as soon as she turns eighteen. They have five daughters and then her beloved husband dies from stepping on a rusty nail and refusing to have his gangrenous leg amputated because he definitely has some PTSD from fighting in World War II that includes an abject, if poorly articulated, fear of amputation. This is the only remotely interesting piece of characterization in the book.

Theodora raises her daughters as a single mom and doesn’t consider for a moment remarrying (because she’s too old….at the ripe old age of 34). All of her daughters grow up to be breathtakingly beautiful (of course), leave home and in one way or another meet terrible tragedies and eventually come home, chagrined and heartbroken. The daughters who tried to have careers and interests outside of Blissful Domesticity are duly punished, whether it’s a career or an affair (or, in one case, both), but no one comes out of things unscathed. The ones who got married followed in their mother’s footsteps and married older (in one case, much older) men.

It’s possible to distinguish one daughter from the other in the beginning of the book, when they’re still young, but that’s perhaps mostly a function of the narration being fairly distant. As adults, when things switch to a closer third person perspective for each daughter, they become interchangeable. Even as they live somewhat different lives, their internal monologue is indistinguishable from the other because the writing is robotic. Not terse, not sparse, not subtle. Robotic. Robotic and repetitive. I think literally every single sister is described as a “volcano” during their first formative sexual experience.

Each sister has a tragic, melodramatic chapter about their life outside of the village, setting them up for the inevitable fall that will send them back to their mother who loved them and only wanted to protect them, after all. Of course, how stupid they were for thinking they could ever leave home! Their mother had been right all along! Structurally it feels like the book is trying to build a story about resilient women and the power of sisterhood, but it never rises beyond mere melodrama. All of this is why I’m glad Lena Manta isn’t my mother because I expect I would get a lot of guilt tripping over not calling enough, not visiting enough, why don’t you have some more food, when are you going to give me grandchildren, etc.

The only highlight in this book, and the part that was interesting enough that I actually slowed down to savor the reading, was the part of the book that took place under the Nazi occupation of Greece and the subsequent civil war. A whole book about Theodora trying to raise her family and keep things together would have been far more interesting, particularly in a novel by a Greek author of an age to have parents who lived through that history. Instead Manta breezes over that in favor of melodrama that swings between merely uninteresting (oh no, an affair!) or outright cringeworthy (egregious White Saviorism; hamfisted Mafia tropes).

Like so many other people, I got this book for free on World Book Day, so I suppose I can’t complain. You get what you pay for.