The first quarter of 2017 is now behind us. How has it been?

I guess not as awful as it could have been.

How has this past quarter of your life been surprisingly good?

Partner spontaneously decided to clean up (and clean out) the apartment.

When did you last drop quarters into a vending machine?

I think I used coins at a vending machine at some point this year, but I can’t remember when.

How do you feel about your state’s twenty-five-cent coin? If you’re not in the U.S., which of the coins do you think is especially striking?

I’m originally from Pennsylvania, and our state quarter leaves much to be desired. 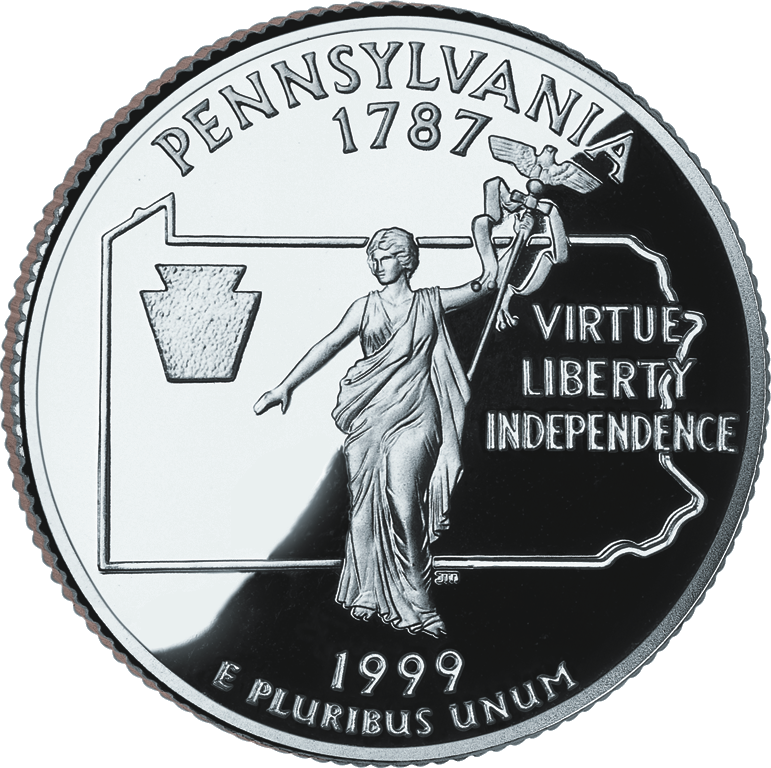 Our license plates are uninspiring, too. When I was a kid, we had the gold on blue (or blue on gold) “Keystone State”/”You’ve Got a Friend in Pennsylvania” tags. Now there’s no quip or state nickname, just an advertisement for the commonwealth’s official tourism web page. Ugly. You can look at them all here, if you want.

Our state slogan was mediocre for a while, too. I still think we should bring “You’ve got a friend in Pennsylvania” out of retirement, but I’ll admit that “Pursue your happiness” (current slogan) beats out “State of independence” (previous slogan).

The Kitchen. Since that’s where I actually do most of my work. Stay humble, never forget your roots, etc.