Which of the Winnie-the-Pooh characters do you most relate to?

Rabbit, I suppose? I like to read, I can be bossy, and I find real-life Tiggers to be very trying. 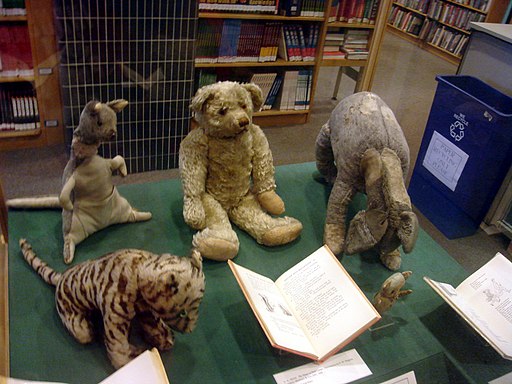 Which of the Winnie-the-Pooh characters has qualities you’d find most attractive in a romantic partner?

My own partner is very much a Piglet, if that’s any indication!

In what way have you “wandered much further” today than you should?

I’m only answering this in the morning, so the day has hardly begun, really. I’ll admit to sleeping in a little, but only a little.
Of Winnie-the-Pooh stories you can remember (from the books, Disney cartoons, or other sources), which is your favorite?

To be honest, I don’t remember much from Winnie-the-Pooh. I know I liked the Disney adaptation of “Winnie-the-Pooh and the Blustery Day” when I was younger. I was also quite enamored with the word “blustery” and immediately set about using it in real life.

I also like the Russian animated adaptations. The art is so charming! The crayon backgrounds look just like a child’s drawing, which I think is very appropriate for Winnie-the-Pooh. Plus, this version of Piglet is absolutely adorable.

There are only three, but they’re all freely available on YouTube. Here is the first Винни Пух adaptation: В которой мы знакомимся с Винни-Пухом и несколькими подозрительными пчелами. (In which we meet Winnie the Pooh and a few suspicious bees.)

Which quote from the Winnie-the-Pooh stories would be good for the epigraph in the book about your life?